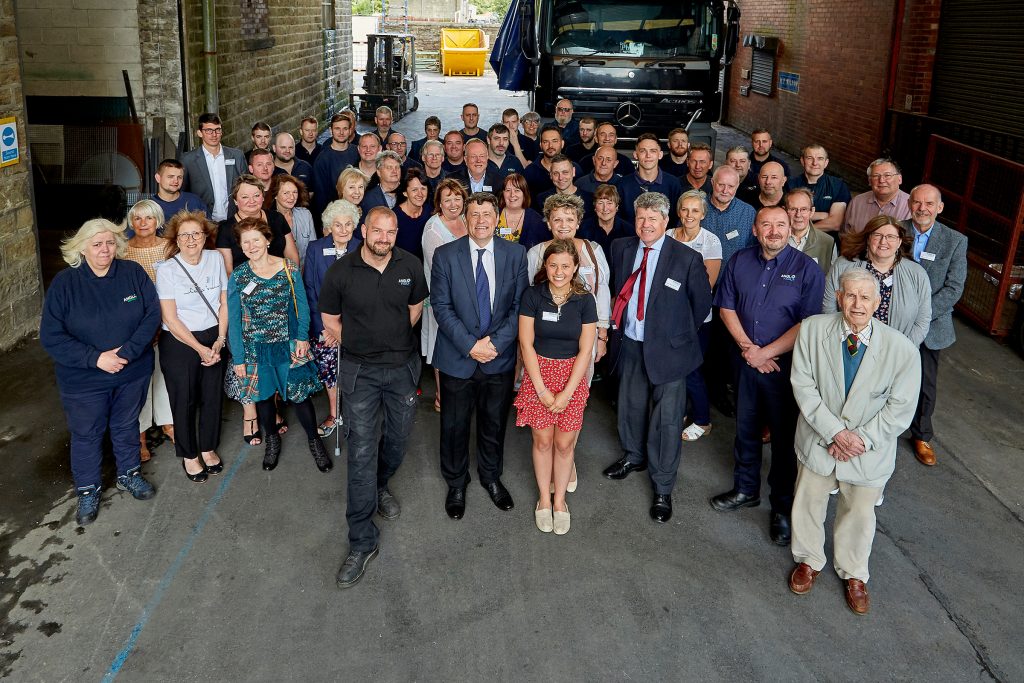 Anglo was founded by Hand Neuhaus and a group of Rossendale slipper manufacturers just before the outbreak of war. Hans was a German Jew visiting the valley on a sales trip when his wife (not Jewish) rang him and said it was unsafe for him to return.

In a brilliant example of Lancashire community support and cooperation, his customers provided the finance for Anglo Felt (the name was changed to Anglo Recycling in 2008) to be founded. On Tuesday, August 13th Mr. King Macaulay (Managing Director from 1987-1998) unveiled a plaque alongside his son, Simon Macaulay, the current MD. Guests included Mary Bowers aged 94 who joined the company in 1949. Also attending was another former MD (1985-1988) Peter Riley whose great uncle, Tom Riley, was heavily involved in the early days. Tom went out to Germany after the war and brought back Hans’ son Ralph to join his father in England. Ralph would also later run the business for a period.

The company has had some ups and downs and virtually closed in the 1980s.

In his speech to staff and guests, Simon Macaulay commented:

Anglo has always had a strong Christian heritage. The company today employs 45 people and
profitability is at record levels. We owe much to those who have gone before but also to the current MD, Andy Hall, who joined us in 2013 and with his team has introduced modern management and production techniques and systems to make Anglo Recycling a business whose performance now matches any in its sector in the North West